as a counterpoint to how i started the month of may, i will start june with a triumph. may 2009 i finally graduated from “mission college”. not a very high performing GPA but in spite of myself i made it. the next task paying off my student loans.

it almost felt like a repeat of summer 2002 as it took time to finally find a job – although a temp job around the holidays of that year. now i had more time on my hands than i did while at school. though i was going to experience the pressure again that my mother wanted to place on me. she wanted me to get out there and go to work, however, finding a job takes time. no matter how often i pound the pavement.

when you think about it, at that point in time i had no anthony figure to guide me on a path towards finding a good job. he often imagined me going the posh law school route or perhaps banking. law school fine and go into law banking took more than what i thought i had during the course of summer 2009.

regardless, i received countless e-mail congrats from my mother’s coworkers and family. though i never responded to any of them. while i basked in my triumph, honestly i never wanted to be bothered with the communiques. many of those same people (i.e. family) were wondering how long was it going to take for me to finish.

one of those emails came from cousin natalie who called the house looking for mom. of course when that happened she had been at work and the next subject involved congratulating me. i was like “ok” not even trying to say thank you and then she turned around and asked “did you get my e-mail?”

wanting to cut this attempt at reaching out off quick i simply said that i got a lot of emails. that killed this right there and she didn’t know what else to do or say other than “ok, bye”. even worse she and her husband visited the house the next month after graduation to visit my mother i didn’t bother coming upstairs. my mother suggested i was scared of my family had an opinion and went with it. 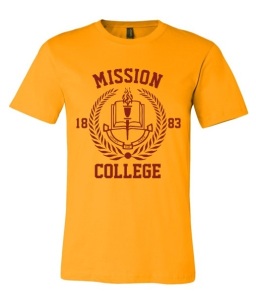 either way reality was beginning to set in. no more admiration of the women at “hillman college”. yeah there was always fb, but i won’t be able to check out the new batch. it’ll also be harder to connect with them if i no longer go to school down there. besides it took me a while to learn women like connections if you’re in no way connected to them even second had you have no chance at all.

in the meanwhile by the end of the year i would be employed. my mother had her opinion that i would’ve been better off finding a job through the alumni network whom i had little interest in joining. besides alumni organizations costs money and i had little. sadly i had to depend on my own experience at the time.

i didn’t start getting interviews until that fall – especially an early one with “fresh foods”. that was a bad one that i’ll admit today but thankfully it wasn’t the only one.

also found out about a theater about to open near downtown chicago that became “the show”. sent an e-mail to corporate and eventually got info on a job fair they held. also relied on the old temp college bookstore standby job at a community college on the west side. that kept me employed until “the show” was ready to open.

other than that i had some optimism regarding my college degree. hopefully this could open some doors as far as jobs. well i never realized i’d have some far more trying times…