remember cousin natalie? someone referred to her as fake in a fairly recent comment to a post where i discuss one episode years ago about her. well she sent me a fb friend request.

i didn’t think that would happen i noted one of our last interactions. point the finger at me for both of them, but i already knew i wasn’t feeling it. however, due to her rather gregarious personality she thrives on trying to reach out to me.

what probably doesn’t help is that my mother is now retired and also a year ago had her hip fracture which put her out of action a bit last year. regardless no message no warning just send request, although i didn’t always give warning when i sent a friend request. 😛

all the same because i’ve essentially decided i need not connect with her online her request will remain on the backburner. if i did accept i will take great pains to block her from seeing my timeline – not that there’s much to see. also she won’t see what i’m really into.

that’s what i have done for my brother and his two sons for example. 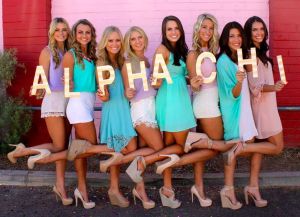 anyway another tidbit cousin natalie and aunt laura are sorority sisters and have been very close. however as natalie is considered far more gregarious while laura’s personality is much different. as a result laura’s attempt at closeness with me is even more awkward.