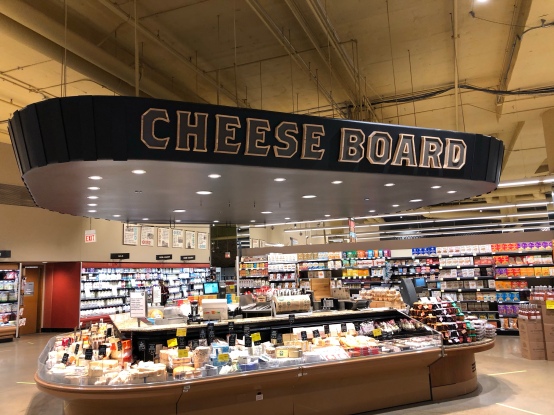 You know I never did a proper second anniversary at Fresh Foods post – well reboot anniversary. The problem is it got mired in this whole pandemic business where in this part of the world we’re slowly but surely returning to normal. Even if we still got to maintain social distancing and all that. We’re not all the way there, but we’re on course.

Also as I write this the pandemic seems to have disappeared from the headlines for a moment as cities – including Chicago – seems to be under some major unrest. I could state that people being forced to sit at home for almost three months have caused people to become very restless. All it took was an unfortunate incident involving a police officer showing his blatant disregard for a man’s life. Unfortunately people are fired up enough to cause violence and looting!

Meanwhile, since most of our mgmt in my dept are self-isolating we’ve had mgmt from another store come over. Well the other store is the Hole and some of the support we got including one of the assistant mgrs – although talked about but not seen so far that will include Rayna. Anyway the other assistant mgr was the one who got promoted from porter to supervisor to mgmt. The other was a supervisor who tried to help in the process of getting back at the Hole, and that didn’t quite work out so well.

And even on one day ran into Larry who was helping out our department. I was hoping to work with Larry at the Hole but for now it has to be a few shifts. With at least the assistant mgr and the supervisor I expressed interest in the now vacant roles of associate buyer and receiver. The people who held those roles have moved on within the company itself though unfortunately there was a reason why both haven’t been posted and won’t likely be posted for a bit of time.

I’m told the buyer they do have basically has nothing to do since their dept isn’t doing much as far as sales. We’re not exactly in normal times unfortunately and it could be a minute before that changes. What this means is my old dept isn’t ordering and receiving product that they normally would.

Regardless I still consider it a possibility to pursue when that time comes and as always stated it will be more likely that yours truly will return to the Hole – even if it’s a situation with very little familiarity – than returning to The Show. At this point the waiting game will continue although when seeing Larry this should’ve been a topic to broach. While he has to listen to his bosses, he’s the one who’ll make the job requisition.

As for continuing to write about the events leading up to the climax of the “reign of error” I’ve hit a bit of writer’s block. I felt as if I’ve written most of the accounting I could of the era before /goofball’s ascension to dept mgr. So there will be some more installments I’m just trying to determine the direction and chances are I will repeat myself. The goal remains to just stay on the timeline as far as what happened until I left.

Also, for my anniversary at my current assignment I felt as if it was important to talk a little about that. What happened and who said what. Yet another situation of repetition, however, it’s as important to note also. I do guarantee that we will get there in due course.