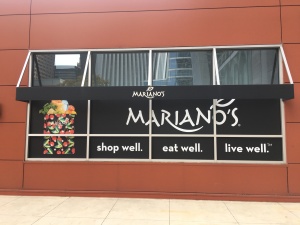 To start I feel as if it’s normal for me to post more than twice a month on this blog, unfortunately I feel as if I fell far short. Yes we’re looking at a blog of a self-professed older male virgin who can’t say he’s made much progress on losing his virginity. Right now all I can talk about is what I can do within the bounds of my life to improve it.

The way yours truly sees it, if I can get control over some aspects of my life particularly the job then it’s possible to get somewhere. I haven’t forgotten about my goal about making six-figures in a job eventually it might not be at Fresh Foods, but I’m getting to work on that goal. Even if it means it has to be done on my own i.e. without having a job.

Also it helps to avoid certain subjects that have become a very draining topic. That’s not to say there won’t be points where they won’t come up it just means it helps to come up with other subjects. It’s my life and as I get old it’s up to me to make something of it. Until that day when it’s over which I hope is decades away I won’t stop especially as long as I’m in good health. And that’s another goal to keep sight of even in a time where this bug seems to continue to get attention.

I got something to say about Rog since I long had published another story about him this month. I want to somewhat expand upon last month’s installment. It will have to wait until the end if you want to see it.

* First off I want you all to know that I actually did speak to Larry who currently runs my old department at the Hole. The last time he was at my current assignment was at least early last month while my original management was out of action do to our department catching one case of this bug. I definitely asked about the currently vacant roles of associate buyer and receiver.

Not much different of an answer he gave from one of his assistant managers who also helped out in that critical time. I already know that at whatever point two of their buyers/receivers moved onto other jobs within the company it was decided about Larry’s level that they weren’t yet allowed to post for those positions. However, there were plans to replace then and when the time is right they likely will.

Of course as a sign of the times since a lot of Fresh’s stores operate in less than ideal circumstances due to this bug that means my current dept and old department don’t need the staffing it used to. Case in point I got sent to another department as a result. We don’t have the same offerings we used to and thus don’t need to people that we had staffed.

Still Larry gave a rather rambling answer just noting the current situation. And I understand it’ll probably be a minute before the world gets back to normal especially depending upon what effective treatments or vaccines will be available. However the basic baseline to start staffing like usual he stated would be during the holiday season. He only stated he’ll make sure my management can get the word out on their needs and just told me to keep an eye out. And then asked for some lunch meat and cheese.

* While I was very late on it I got my job review done recently and got another raise. I wasn’t as timely on it this year which I owe to this bug and what happened to the mgmt team. It’s always great to see that in spite of the current situation I still got a raise. I was starting to get a bit worried that any possibility of a raise would be determined by my new team and that they may choose not to give me another 2 cents on top of what I had been making up to that point.

Still I can say unequivocally admit that it’s always a good thing to learn something new. I feel a bit more confident in what I’m doing, however, will there always be rookie questions on my part yup. There are days when yours truly feels very over working in a new department, however, I just have to get on with it.

I can say for at most two months I worked in another department due to this ongoing pandemic. So I can say there’s that going, there were people around me who suggested I should figure out what else I could do in the store and learn. With this being said, yours truly isn’t done.

Although in my case I feel as if I missed the boat here. Yours truly should’ve went to a department that’s likely always be needed in an “apocalypse”. So once I had that conversation with my boss before the change I realized perhaps the better move was to the butcher. Even if civilization is falling people still gotta eat which means people still need food to cook. It’s a safe profession to be able to provide meat to people.

* In my current department we had a recent out of the blue change. We lost one of the assistant managers suddenly. We were told during a huddle recently I just heard there was a meeting with our HR people and he just decided to leave for personal reasons. He seemed cool if not cantankerous.

What I do remember for the last few shifts that I worked with him I got wind of some of his war stories. For example store managers wrote him up for having an opinion as one of the store’s managers although from a department mgmt level to store mgmt. He seems to know is stuff but I never got any airs from him.

I made a mistake as far as my schedule one day – not long after the changes (and I’m giving you a hint to the direction of what happened three years ago at the Hole) – he didn’t write me up and no sign that I will face any disciplinary action for it. I’m sure that if that was an issue it would come up eventually he just told me to work that day and it’ll be good. He wrote in my time on a day where I should’ve been off. And try to pay attention and not let that happen again.

I worked an hour early on one day recently I felt like a long haul, however, it was an extra hour of pay than scheduled. It also didn’t hurt that I got the next day off after that. I see that the team had posted to replace that assistant manager so who knows what’ll happen eventually.

If I may offer my read my gut tells me there were some issues with the guy already that our HR department knew about. They sat down with him and he realized his best move at this point was to move on. Perhaps something was going on in his life also, then again that’s his business only he knows and only he needs to know.

* I got some news that our department will begin to get back to normal either later this month or at some point next month. I was actually leaked this by someone who went to my current team with me. He says by sometime in August this experiment and transfer might be over depending upon whether or not our now former department makes sales.

In a huddle our dept mgr said as much about what’s going on at the store. We’re going to start to get back to some form of normal. Our floor space will go back to what it used to look like before we began our mitigation efforts. The store even took away those signs which designated certain aisles one way.

At some point our store had regulated how many people were in our store at any one time. We closed off entrances to that effect, if not to limit capacity certainly to control where people came into the store. You can only enter or exit at one point and with the limited capacity arrangement you had to stand in line to shop if associates weren’t letting anyone into the store.

Considering were still in a time of rising case counts in other parts of the country we’re still mitigating any potential spread. For example if you want to eat buffet there’s still someone around to help with your selections. I think that’ll be problematic for a bit of time and may limit business, however, all I can say is we’ll have to see how this return to normal will work out. In light of current circumstances I’m rooting for it.

* Ah yes what do I have to say about Ruthless Roger?

How I wrote the post last month was a bit ridiculous I will admit, but considering the times we’re in it seemed fitting. One day in the break room our local newscast was filled with stories of racism, racism, sports, police brutality, racism, human interest or a person doing right by someone, then more racism. I couldn’t wait to get out of the break room to get away from the TV.

Either way I had reflect on some things from over three years ago and as much as I could dismiss many of it some things fit. I’m still a long way from know what was in Rog’s heart back then. I get the feeling he was under pressure and had some quirks which led him to some of the decisions he had been making. So some of his decisions may well been based on race or some excuse to get rid of people for reasons only he really knew.

As far as the changes at that point in time it was suspicious that a lot of the people we had before he arrived on the scene officially by July ’17 were no longer with us by the end of the summer or even earlier.

A few things I had to determine which we’ll explore. First off I’ve always stated he was by the book – so in what ways was he by the book with yours truly. Next, was Roger’s personality just the type to just clash with everyone. Did he have such an ego where he just had to correct people according to the rule book? Those are a few issues to consider.

Regardless with that bias episode I hope you understood what my point was. As always if you’re not entirely clear about something feel free to leave a comment. I don’t mind clearing something up for you.

Unfortunately with the way the world is going right now we’re not getting away from the racial issues anytime soon. I wish we could, however, the media and the people taking to the streets are obsessed with it. It’s just too bad we went from a world already in a crisis to a world in yet another crisis.

I want this pandemic over and I want the continuing crisis over racism to be over. Main thing is I want it over with the right way. No more shutdowns and definitely no more protest that makes clear who the real racists are.

Stay safe and be well.